SAHARSA TIMES NES (Islamabad, Apr 10 (PTI)—– Pakistan’s Defence Minister Khawaja Asif today said the death sentence handed out to Indian national Kulbhushan Jadhav for “spying” should serve as a warning to those “plotting” against the country.
“Those plotting against Pakistan will not be spared,” Asif said after the Pakistani military announced that an army court has sentenced Jadhav to death after finding him guilty of “espionage and sabotage activities” and the army chief Gen Qamar Javed Bajwa has approved his execution.

Asif claimed that Yadav’s sentencing by a military court was according to the law.  He said the death sentence handed out to Jadhav should serve as a “warning to those plotting” against Pakistan”.
Asif said that Pakistan would use all constitutional force available against those acting against the sovereignty of the country. “Soldiers and civilians of Pakistan have given sacrifices for this country and their sacrifices demand us to give a befitting reply to terrorists and those who aid and facilitate them,” he said.
The defence minister further said that Jadhav’s “confession” was a public document and if India raises the issue of his death sentence, Islamabad will reply to New Delhi.
Jadhav came (to Pakistan) with the approval of the Indian government,” he claimed and said there is no doubt that India was “fueling terrorism in Pakistan.”
According to Asif, the entire world had acknowledged Pakistan’s struggle against terrorism and the country was dealing with this “menace” from both the “eastern and western front”.
Pakistan sentenced Jadhav to death for carrying out espionage and sabotage activities in Balochistan and Karachi, the military’s media wing Inter-Services Public Relations (ISPR) said in a statement.
According to ISPR, Jadhav alias Hussein Mubarak Patel was arrested on March 3, 2016 from Mashkel area of Balochistan for his “involvement in espionage and sabotage actives” in Pakistan’s restive Balochistan province and Karachi city.
Reacting strongly, Foreign Secretary S Jaishankar in New Delhi summoned Pakistan High Commissioner to India Abdul Basit and gave a demarche, which said the proceedings that have led to the sentence against Jadhav are “farcical in the absence of any credible evidence” against him. 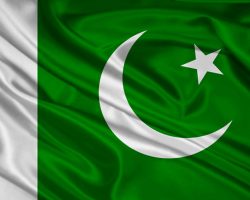