SAHARSA TIMES : Kabul, Dec 28 (UNI)=== At least 41 people, including three journalists, were killed and nearly 50 others wounded in a suicide bombing attack on a Shiite cultural center in the Afghan capital on Thursday, officials said.

The victims were mostly civilians and included 17 media persons. Nasrat Rahimi, deputy spokesman for the Interior Ministry, said women and students were among the casualties of the attack. 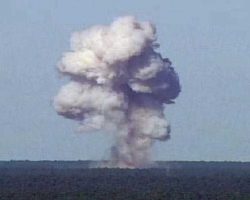