Facebook Twitter LinkedIn Pinterest WhatsApp Telegram
SAHARSA TIMES Ranchi Aug. 30 (ANI):: Former Bihar chief minister and Rashtriya Janata Dal (RJD) president Lalu Prasad on Thursday surrendered before a special Central Bureau of Investigation (CBI) court IN Jharkhand‘s Ranchi city. The former Bihar chief minister was jailed for corruption charges and had been out on bail since May, owing to ill health. On arriving at the court, Lalu told media, “I am following the court’s order. I am unwell but I am still surrendering”. Lalu Prasad was sent to the Birsa Munda Central Jail in Ranchi and was later shifted to the Rajendra Institute of Medical Sciences (RIMS) for treatment.On September 24, the Jharkhand High Court had refused to extend his provisional bail and asked him to surrender by August 30 before the CBI court. The Jharkhand High Court had earlier instructed the veteran politician to surrender before the CBI court in Ranchi by August 30. He was also granted a temporary bail for six weeks on May 11 for his treatment. However, the extension of provisional bail was nullified by the Jharkhand High Court a few days back.
Facebook Twitter LinkedIn Pinterest WhatsApp Telegram 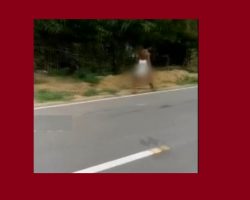